We'd Love to Hear from You! 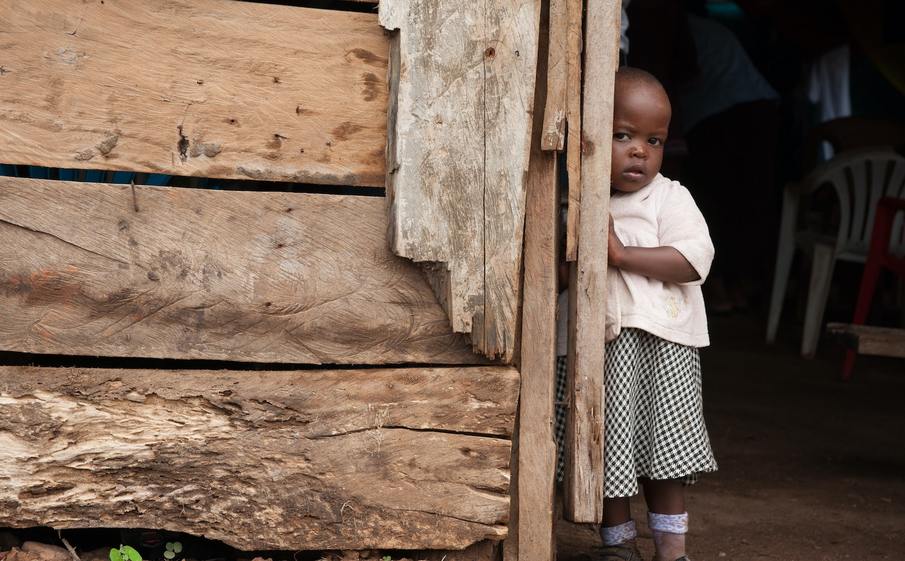 I’m not going to sit here and pretend that I know everything there is to know about poverty. If I’ve learned anything about the problem of poverty, it’s that there is always so much more to learn. Coming at it with an “I know everything” attitude will never get you anywhere. So that’s not what I want you to hear today.

In the upcoming blog series, we are going to address a few things:

This doesn’t make them the golden rules to poverty alleviation, but we have seen success and we know that’s a step in the right direction.

The Poverty Problem and Dependency

At its most basic root, poverty is simply a lack of something. This could be a lack of education, access to clean water, lack of spiritual meaning, lack of community, etc. Essentially we all experience our own bits of poverty. It’s hard to separate one from the other, because until we lack nothing at all there is always a problem to solve. That’s why we approach our RecycloCraftz ministry holistically (to hear more on this watch our video Impacting Lives Holistically). Today, we’re talking specifically about the financial side of poverty.

From the outside looking in, the solution for someone living in financial poverty seems pretty simple: give them more money and more things and that solves the issue. Well, as we have seen throughout the early 20th century, that approach is simply not always true. The issue this causes revolves around the idea of dependency. Brian Fikkert and Russell Mask explain this concept as it pertains to churches in the global south, in their book From Dependence to Dignity:

“During what some refer to as the era of dependence from 1793-1945, Western missions in the global south were often shaped by colonial attitudes, cultural imperialism and the enlightenment worldview….The implicit goal behind many of these efforts was to make the global south, which was “underdeveloped” and “heathen”, more like the West, which was “developed” and “Christian”. The effects were devastating on many levels. Churches and individual poor people in the global south were often crippled by feelings of inadequacy and inferiority. Moreover, they often lacked the financial and human resources to sustain the Western Institutions that were exported to them, making them necessarily dependent on the West…As a result, churches in the global south have been disempowered from using their own gifts- human, spiritual, cultural, and financial…”

Trying to fix the poverty issue by throwing money at people and expecting them to pick themselves up and run, is very ignorant. Not only ignorant, but nearly impossible. Think about this for a second: If we just doubled these earnings to $4 dollars a day alone, that would take a total $2,756,000,000 donated dollars. For those of you who don’t exactly know what that translates to in words (like myself), that’s more than 2 billion dollars a day to fix that global problem.

And that’s just one day! It is not possible to fix the global poverty crisis through money alone. I say money alone, because money is absolutely necessary. It’s just not the only thing that can be entered into the equation (for a fantastic explanation of the problem and solution to poverty check out When Helping Hurts).

So what are we left with here? We can’t solve the global poverty crisis with money, but we can’t solve it without money. That seems like a huge catch-22 if you ask me. Well, from RecycloCraftz’s perspective working with those in poverty in Zambia, we’ve discovered a couple very important factors.

A Change in Mindset

The first thing we have to change is our mindset when it comes to giving. In Dependency by Hahne and Rijneveld, they talk about issues of dependency that oftentimes start with a missionaries attitude towards their giving. They conclude that it is our American “can do, must do” attitude that is oftentimes the most damaging. We have this guilt over our own good fortune, and the only way we know how to fix that guilt is by fixing or leveling the playing field with those who are making us feel guilty. The problem is that we give what we think is essential, when in fact those things may not be the most important need in that culture. We build a beautiful home fully furnished and stand back and breathe a sigh of relief, but not at the fact that we’ve relieved someone else’s hardships, but that we’ve relieved our own heartache. As givers, we can’t let our guilt motivate our giving. We must be savvy about our giving, and that’s hard to do when it’s clouded by guilt.

Here at RCZ we’ve learned our own lessons when it comes to dependency. When the organization first started and we were hiring various managers in Zambia, one woman appeared on our doorstep asking to be our new project manager. Perhaps out of feelings of guilt for her need for a job and trust that she was an honest woman based on her humble beginnings, we gave her the job. We didn’t question too many of her decisions and trusted that the money we paid her to pay the artisans was being distributed evenly and justly. It wasn’t too long before we realized that that was not the case, greed had overcome her and left a lot of our members hurting because of it. We had created a very unhealthy dependency on us fueled by guilt and blind trust that  landed us in a tough spot.

On top of that we were buying any kind of product that our women were giving us, even if it was very poor quality. Someone once decided to spray paint all the products gold, and yes we even bought those. We were motivated by a yearning to give to those who needed it, but in turn we were not improving their skills and giving helpful critiques that would actually fuel them in the future. If any of those products were presented to anyone else, they wouldn’t have been bought. We were the only ones who’d accept such low-quality products and because of that they became dependent on us. By the grace of the Lord, however, we’ve made a lot of improvements. We now have many more checks and balances in place both with our managers and our products; we want quality people running our organization and quality products coming out of our organization. We are doing no favors by overlooking either.

On the flip side, there must also be a change in mindset in those receiving the funds. One of the biggest hindrances we have seen in our ministry to Zambians, is the impact of our artisans’ survival mentality. For many of our artisans in Zambia, they’ve gone their whole lives not knowing where the next meal would come from. So for them, any extra money goes directly towards a necessity. Initially there doesn’t seem to be anything wrong with that concept. Buy what you need, especially if it’s something as basic as food or water. However, for us, the problem came in when we tried to introduce the idea of savings.

As an artisan in our organization, 10% of every paycheck they receive from us goes into a savings account. We thought that creating a “Savings Program” would be a genius idea and we patted ourselves on the back. However, what we didn’t consider was the mindset that these women were coming from. When you go your whole life slightly hungry or thirsty, and then suddenly you have an extra dollar or two which is then immediately taken and put into an invisible safe that you can’t get to, what are you supposed to think? So, at first, our artisans accused us of stealing their money. Not exactly the best foot to start out on. However, we stood firm and we held out hope that at the end of the month they would all magically understand the beauty of savings and leave their money in their accounts. However, as you probably expected, every single artist took out every single penny and spent it. You can imagine the disappointment we felt. “Why do they not understand?” Well, what we now know is that our artisans didn’t understand a savings account because they’d never had any extra money to even have an idea of what they’d do with it. Let alone leave it sitting in a savings account. Their mindset wasn’t going to change over night and it certainly was not going to come without a better understanding of what savings can actually do.

So we took the time to actually explain to them why we were taking savings out and how savings could actually be helpful, not hurtful. Long story short, it worked! After a few months our artisans started leaving their money in their accounts until the end of the month. Once they started to see it grow, they understood the importance of what we were trying to teach. Not that they were ever incapable of understanding this, or that we in our Whitman mentality had all the answers. It just took time to break a habit that had been ingrained in them for so long due to a hard life of living in extreme poverty.

Not only did they start to understand, but they started to see fruit from their labors! Cecillia Banda is a perfect example. If you would have asked her at the start of her time with RCZ, about how much of an impact she believed the savings program would have on her life, her answer would have been very very little impact. But ever so slightly she paid back small debts she owed, small purchases for her family, etc. However, what she really wanted was an electric hand mixer. She had taken a couple of classes on baking in her town and had a small business out of her home selling fried dough balls called fritters. She was ready to go bigger, so she saved for a hand mixer. She was then able to start selling more elaborate baked goods, and started putting away money for her education. She completed her high school level of education in her 30s and is now working her way through nursing school. All of that because of a few dollars she started putting away at the end of every month. For Cecillia, learning to save money was life changing. So there you have it, the global poverty crisis solved. I’m kidding of course, those are just a couple ways that we’ve seen improve our mission in poverty alleviation in Zambia. However, we’re not done yet. Stay tuned for blog #2 in this financial poverty series to hear about factor number two in alleviating poverty in Zambia; we must give money, but not always in the ways you’d expect. Stay tuned!

From Dependence to Dignity, Brian Fikkert and Russell Mask, Zondervan and The Chalmers Center